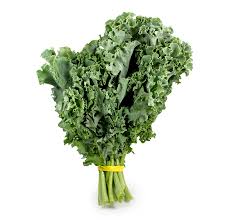 Last year when we were researching new ways to highlight kale for an upcoming recipe, we came across this Portuguese Green Soup called Caldo Verde. And then we started researching other kale recipes. There are SO many. It may be true that kale has enjoyed an explosion in popularity the past several years here in the U.S., but our research tells us that people around the world have been eating kale in abundance for thousands of years. This is largely because kale grows so heartily in most climates, and also because kale has been known to be a superfood long before it was identified as such in the West.

We know. Green soup is risky. With kids. Especially so soon in the semester. But so much of the fun of cooking is stretching ourselves and our students to try new foods from different cultures, new vegetables, and new fruits. We’re willing to bet that many of our Sticky Fingers Cooking students (your children) are going to change their minds about these kale chips, specifically, from “no way” to “these are actually really good.” Chips on top of soup is always a good idea, don’t you think? Wishing you a week of fun in and outside the kitchen....