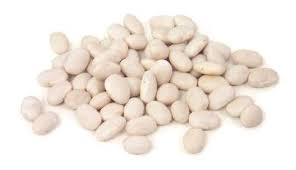 We love to substitute beans for popular meat recipes. Remember our German Beanie wurst Recipe, where we made beanie crumbles with pinto beans in place of sausage? This week’s recipe is a similar idea, although we’re using white beans and mixing them with mushrooms and a few other ingredients and rolling them into “meat”balls. Swedish Meatballs!

Something interesting about Swedish Meatball history: the dish is known around the world largely in part to IKEA’s popularity. Swedish Meatballs are served in EVERY single IKEA cafe across the globe... All 403 of them. But just last year, it was publicly announced on Sweden’s official Twitter account that the dish is originally from Turkey, and that King Charles XII brought the recipe back from his 5-year exile in Maldova, along with coffee and stuffed cabbages, two more beloved staples in modern-day Sweden (and Turkey). There doesn’t seem to be any "beef" between the two nations about the origin of the popularized Swedish Meatball; anyway, the Swedish version is pretty different than the Turkish version, known as “kofte.” Swedes serve theirs with lingonberry jam, while Turkish eat kofte often with rice or bread and on a stick (like we’re doing this week!). The rest, as we like to say, is just gravy... Ha!