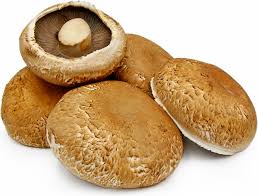 There are lots of claims to the Reuben Sandwich origin. Our favorite version of the stories we’ve read involves two best friends, a weekly Poker players’ club, and a hotel in Omaha, Nebraska. A guy in the club created a sandwich for his friend and named it after him. The hotel put it on their lunch menu, and the sandwich became a national sensation. If your best friend created a sandwich for you, named after you, what would it include?

Kids are going to have a LOT to do this week: They’ll be shredding cabbage, quick-pickling that cabbage, shredding cucumber, mixing up a Thousand Isle Dressing, cleaning mushrooms, and blending up a DELICIOUS vanilla shake (with cucumber!). You can serve the sandwiches open-faced or not - it’s up to you and your kids. Also: when you make your 1,000 Isle Dressing, if you have time, use the opportunity to let kids have a say in how much of each ingredient to add. Use 1 part ketchup to 1 part mayonnaise as your base, and go from there. Kids want to contribute, and they’ll love to make this dressing their own. They might also love to come up with sandwich ideas for themselves or their friends after they hear of the history of The Reuben!